A CALL TO PARTNER WITH COMMUNITIES TO CREATE “THE VILLAGE FACTORIES”

Some companies being incubated under the NUL Innovation Hub would like to partner with interested communities in the creation of “The Village Factories.” A call is hereby made for interested communities such as Financial Cooperatives or any other community entity willing to invest in the building of the factories.

“The Village Factories” are factories established within communities (and that serve communities) whether those communities in towns or villages as opposed to those based in industrial parks.

Here is the plan:

1. Some of the companies incubated under the NUL Innovation Hub will create subsidiary companies. Each community be part owner of a subsidiary it has helped created. However all the products produced by the subsidiaries will trade under the same name. For instance, when you buy Mahalalitoe Natural Soap, you wont know whether the one you are buying was made by a subsidiary in Mapholaneng, Mokhotlong or the one in Matelile, Mafeteng or the mother company itself.

2. The management of the subsidiaries will be strictly under the control of the mother company in order to maintain the same standards of production and trading.

3. If interested communities have to raise funds first, that can happen only if they are willing to work in strict cooperation with the banks so that the public funds are kept in save hands until investment. Direction will be provided. For those communities that have already collected their own funds, such as financial cooperatives, they can initiate contacts as soon as possible if they are interested (contacts will be provided at the end of this article).

4. Depending on the product being produced, “The Village Factories” will not necessarily need too much investment to begin.

THE EXPECTED BENEFITS OF THIS MODEL

1. This model does not only help communities create jobs for themselves, it also gives them opportunities to be part owners of those businesses.

2. Contrary to Lesotho’s “not-so-successful” foreign-aid based community projects of the 1970s to 1990s, which failed due to poor management, these factories, although operating as subsidiaries, will be managed under a strict central control of the private mother companies that will maintain the same operating standards for all factories.

3. If factories are created within communities, those communities will not have to migrate to other places in search for jobs.

4. Where possible, the communities surrounding the factories themselves will be give first opportunities in jobs that require no skills. If say a particular company is producing yogurt or sorghum biscuits, it is up to the surrounding communities to start growing sorghum itself or the milk needed to feed the factory.

For more information, please send your inquires to the following email: ketsi.motlatsi@gmail.com 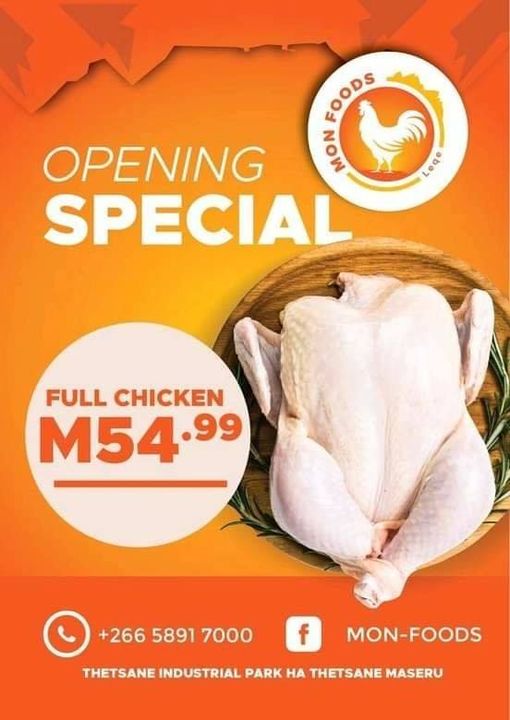 THE BIRTH OF A NEW CHICKEN BRAND IN LESOTHO! 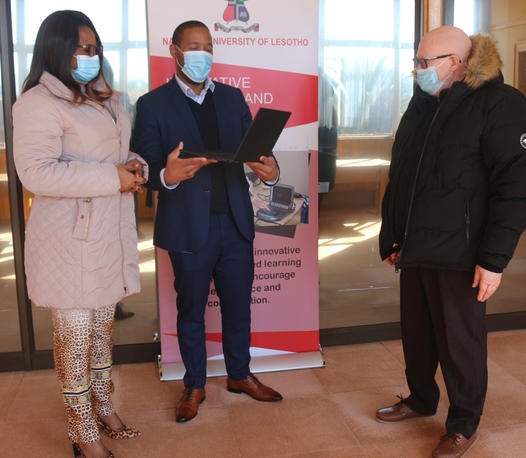