A NEW MULTIMILLION WORLD-CLASS LABORATORY AT THE NUL

The National University of Lesotho (NUL) just kick-started a world class multi-million laboratory with brand new equipment that can tell you about your makeup at the level of a gene (phatsa ea lefutso). “Although the laboratory is called a biosafety laboratory, and focuses on identifying the Living Modified Organisms (LMOs), it can test all biological materials,” Dr Liteboho Maduna introduced the laboratory.

Based within the Biology Department, It is funded by the Lesotho Ministry of Environment, Tourism and Culture.

Dr Maduna and Dr ‘Matšepo Taole are the ones responsible for the workings of the laboratory.

“We live in a world where humans have learned to change living things at a level of a gene,” he said. “For instance, the maize you eat might as well be a Genetically Modified Organism (GMO).” It could be that the scientists wanted to make the maize plant more drought resistant, or even harder for insects to attack by putting new genes in them.

“The problem with GMOs, of course, is that because someone modified them, you may find yourself not allowed to replant their seeds because someone happens to own genes in those seeds.” Worse still, imagine an influx of new, stronger, poison-resistant breeds of weeds and crop pests coming in.

For these and many other reasons, Governments worldwide (including the Government of Lesotho) are interested in knowing what plants and animals are LMOs and what are not. This NUL laboratory is meant to help the government do just that, identify the LMOs.

But here is the question. How do humans change plants and animals at the gene level and how will the NUL Scientists even know that the plants or animals have been changed?

In order to answer that question, and to understand the significance of this laboratory, allow Dr Maduna to take us through the mysteries of the world of genes, DNAs, RNAs, Enzymes, proteins, cells, tissues, organs, organs systems and, of course, you (the living organism)!

Don’t run away (as yet), we are going to make this as simple as possible.

Let’s start with you. You are made of organ systems, the digestive, circulatory, nervous, skeletal systems, and so on. Each system has organs. For instance, your circulatory system has an organ called a heart. Your heart is made of, for instance, muscle tissues. Tissues are actually a group of cells that perform a similar function. So tissues are made of cells.

Well, a cell itself is made of proteins. And proteins are made of amino acids.

This is where it gets more interesting and where genetics comes in.

How are proteins made from amino acids? The answer lies down to a substance found at the centre of your cells (nucleus) called DNA (Deoxyribonucleic Acid).

Information on the DNA on how to make proteins is copied into another molecule called the messenger RNA (Ribonucleic acid). DNAs are inside the cell nucleus; amino acids are outside the nucleus but within the cell.

So RNAs take the information from the DNA, move to the outside of the nucleus and takes it to a protein-making machine called Ribosome. The Ribosome reads the information on the messenger RNA and it picks the right amino acids according to what it is being told, to make specific proteins.

“So if you want to change something about an animal or a plant, it makes sense then, that you will want to change it at a DNA level,” Dr Maduna said. For instance, scientists recognised that one chemical was able to kill all plants (because it prevented ribosomes from reading RNAs). The chemical was so effective, it took no prisoners.

It was an herbicide.

However, a certain bacterium had genes that help them resist that specific herbicide.

So they took that bacterium gene, forced it into the chain structure of the DNA of a particular crop. Now that crop was no longer killed by the chemical. That sounds like a small thing but it was big. Now you can grow that plant and just kill all other plants around it with the herbicide because they don’t have that gene.

That is how you clear weeds.

“Our job then, would be to identify that gene which was taken from the bacteria. If it is there, we know that the plant is a GMO.”

It’s not so simple.

They use the method called PCR (Polymerase Chain Reaction). The PCR machines works like a photocopy machine. It takes copies of few DNAs and makes millions or even billions of the same copies so that they could be studied in larger quantities. In a very complex method, “we are able to break the structure of a cell to its nucleus and use PCR to tell if a gene of interest was inserted into the structure of the DNA or not,” he concluded. 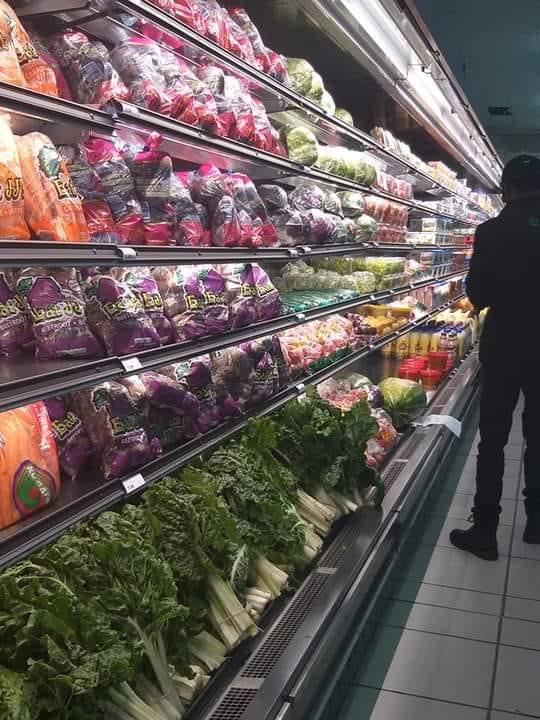 “WE HAVE A DREAM,” SAYS ENRICH STORES FOUNDED BY NUL GRADUATES 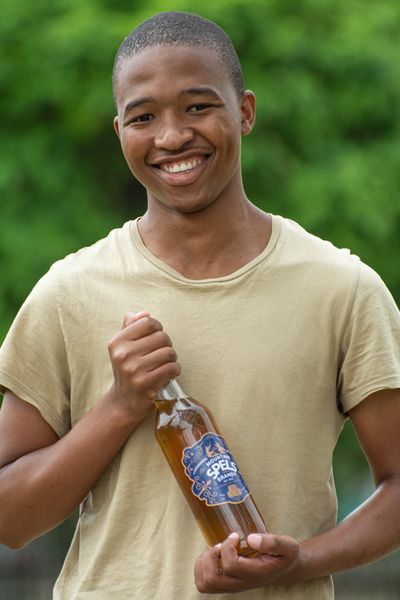 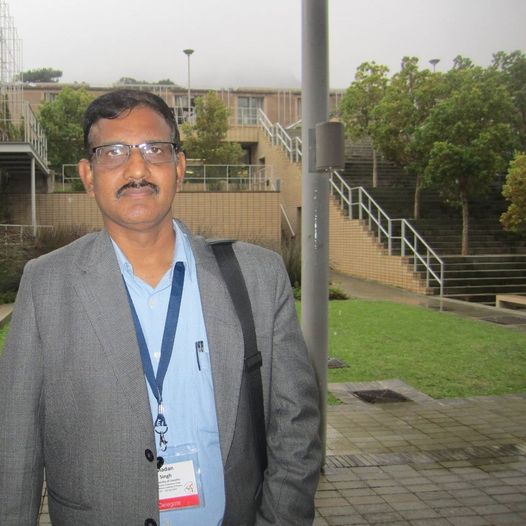