MEET ONE OF LESOTHO’S FINEST ARTISTS

If South African music artists plan on coming to Lesotho, Mphohlela Ralethoko, otherwise known as Uncle Donze, plans on making and handing them their portraits. Among the artists he impacted are the likes of Mr JazziQ, DJ Lamiez, Kabza De Small, DJ Maphorisa, Blxkie, Lady Du and Makhadzi. He has also portrayed business gurus such as Tichere Pule. “Almost all of them have paid handsomely for their portraits,” he said.

Recently, he created a brilliant portrait of an American television host, actor, writer, producer, and comedian, Steve Harvey. “I put this African American celebrity on African Attire, with the hope that he will, one day, recognize my work.”

Milco is the chainstore that will sell ONLY Lesotho products. Join Milco here:

This is how it all started.

“I picked up drawing when I was really young,” Ungle Donze said. “I was in Class 3 then, so maybe I was around 9 years of age.” He said he drew almost on a daily basis. “I drew everything you could imagine.”

He thinks he might have been inspired by his brother. “My brother did a lot of drawing of children’s cartoons. I believe I took after him.”

Fast-forward and he was in High School. He did his Primary School at the Seventh Day Adventist Primary. He then went to Methodist for his high school. He credits his years in these two places as the most formative years for his art life.

“However, when I entered high school, I stopped drawing for some time,” he said. “As a high school student, it dawned on me that maybe drawing cartoons belonged to the very young. I was no longer a child. I was becoming an adult.”

That feeling did not last.

He met a high school friend who inspired him to get back into the drawing board. “Here was someone who was not only as crazy as I was about drawing, he also didn’t think he had outgrown the drawing department just by being at high school. If he didn’t, why did I?” Naturally, Ungle Donze’s drawing passion was lit…once again.

He never looked back!

In the midst of everything came an unexpected (and unwanted) visitor in the name of Covid-19.

It forced even the bravest souls to hide indoors and that’s where most people discovered their passions, or enhanced them. He said he found himself absorbed, not only in doing art, but in learning the secrets of doing art, at that time.

“At this point, I was getting to professionalise my art,” he said.

Isaac Newton once said, quote, “If I have seen any further, it was by standing on the shoulders of giants.”

He went online, watched and listened to all kinds of advices on how to make the best drawings. He stood on the shoulders of giants.

Artists may start with theories but they certainly don’t end with them. So he put everything he was learning into practice and he and those around him watched in awe as his drawing skills deepened and he started making sales.

One entrepreneur in the name of Tichere Pule became aware of his work online and gave him his picture to reproduce. He was paid handsomely.

Through all these adventures, he was struck by a brilliant idea.

What if he drew portraits of music celebrities that often visit Lesotho from South Africa to entertain the masses? “You see, to the organisers, it would be a good idea for Lesotho-visiting artists to be honoured with their finely made portraits,” things they can take home as memories about Lesotho forever.

That proved to be a great idea and all of the South African celebrities liked it.

DJ Lamiez and Pasi Koetle came to Lesotho. He made Lamiez’s portrait and shared it on social media. She got to notice the artwork and arrangements were made for him to meet her.

To his surprise, the DJ bought the artwork!

In separate occasions, Kabza De Small and DJ Maphorisa also landed on the Mountain Kingdom. Their portraits were already in store and the festival organisers made them aware in advance. When they did come in, he met them, showed them their portraits and they bought them—much to his surprise and satisfaction.

Then there were the likes of Mr JazziQ, Blxkie, Lady Du and Makhadzi. They were all greeted with breathtsking presents in the Mountain Kingdom.

“Have you seen a man skilled in his work?” asks the Bible book of Proverbs, “he will be stationed in the presence of kings; he will not stand before men of lower rank.”

This proverb became true as he met these stars and handed over their portraits. “Many times I felt nervous around them,” he revealed.

It’s understandable why he felt that way. He stood before music giants.

However he himself is a star…in his own right.

Milco is the chainstore that will sell ONLY Lesotho products. Join Milco here: 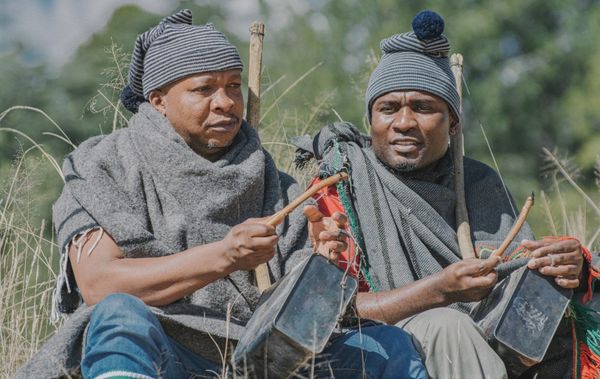 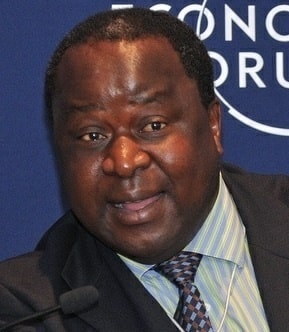 NUL, WHERE LEGENDS ARE MADE 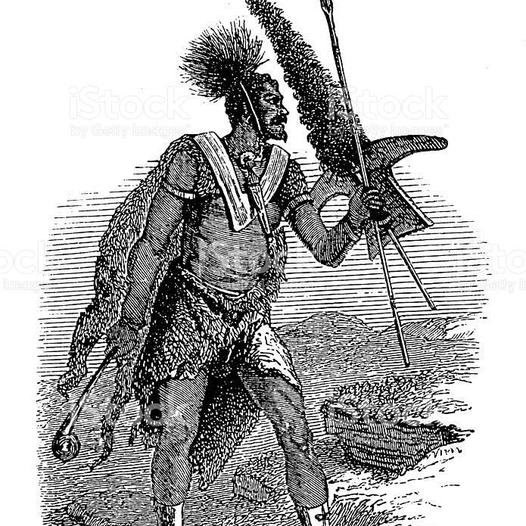 SEBETWANE, THE MOSOTHO KING WHO ESTABLISHED BASOTHO IN ZAMBIA WITH SPEAR