The National University of Lesotho (NUL), along with Senkatana Center of Excellence, have just received M18 Million award to establish Lesotho’s first Cancer Treatment Clinic. This is according to Dr ‘Maseabata Ramathebane from the NUL Faculty of Health Sciences, who is leading the project from the NUL side. The Clinic will apply chemotherapy along with awareness campaigns and screening to encourage early diagnosis and treatment of cancer .

A refurbished building along with state-of-the-art chemotherapy equipment will be installed soon.

The funding will also assist NUL to introduce new courses in Oncology where Oncology is a branch of science that deals with prevention, diagnosis and treatment of cancer. The future students of this course will do practicals at Senkatana.

After long months of hard work, the NUL-Senkatana alliance against cancer will bear fruits for Basotho in a project that is generously funded by Bristol Meyer Squib Foundation (BMSF). “This is not the first funding NUL receives from BMSF. But it is certainly the biggest and the most important,” Dr Ramathebane said.

[Be part of innovation, join PhuthaLicahaba here: www.phuthalichaba.com, the Future Bank of the People by NUL Innovation Hub]

The Oncology Clinic will be called Senkatana Oncology Centre.

Covid-19 permitting, cancer is becoming another head-ache in Lesotho.

But when you are diagnosed with cancer here, chances are, you might end up in Bloemfontein and/or India—yes, as far as India! That is because Lesotho has no cancer treatment facilities whatsoever except for a limited capacity for screening and diagnoses. So when you are diagnosed with cancer in Lesotho, you would either take a brief stop in Tšepong (in the past) or at the MDR Clinic (now), where you will await your transfer off the country.

If you are taken to India, that means Lesotho will have to pay for your air-ticket and that of a nurse which goes along with you, your accommodation, and your treatment there where you might spend as long as three months.

That is no small amount of money to be paid for each cancer patient. So if you are paying such astronomical amounts of money as a country, it’s common sense to want to reduce the costs by creating your own clinic for cancer treatment.

After all, why not?

There is something even more important. When you are the one treating your own people, you can learn from your experiences and make improvements, in fact, you make research and development possible in that area. “As a country, we were basically not learning anything as far as cancer was concerned because we put ourselves on the mercy of others,” the Dr said.

The NUL side was led by the never-tiring Dr ‘Maseabata Ramathebane who, along with the highly motivated Senkatana team, worked tirelessly to develop the idea of a cancer treatment clinic. BMSF itself went as far as sending experts to assist with the developments of proposals.

This is how the clinic will work.

Even before you are screened, let alone diagnosed, the clinic will increase your knowledge and understanding of cancer and why early screening is good. The nature of cancer is such that if you treat it early, you have higher chances of success. “Aside from encouraging people to test, the clinic will also have capacity to do screening for potential cancer patients,” Dr. Ramathebane said. At this point, the idea is to see if you might have cancer or not.

Once the screening is done, there may be a need for diagnosis, which is where the presence of the disease is confirmed. “Although Tšepong has some capacity to diagnose, it is not a full capacity so some diagnosis will still need to be done in South Africa,” she said. The new cancer clinic will not be equipped with diagnosis capacity.

Now that at least the ball is rolling, Lesotho might have to, again, take a good hard look into whether time is not ripe to start making its own diagnosis instead of sending people outside.

Whereas the new clinic will not do diagnoses, once patients are diagnosed, they will be accepted here for chemotherapy treatment instead of being shipped abroad. Only chemotherapy will be done here, those who need radiation will still have to go out, until further notice—another opportunity for the country to start doing cost-benefit analysis.

Many good things are coming with this noble effort.

NUL will send out two of its staff members from the Faculty of Health for Oncology training: New NUL undergraduate courses in Oncology will start. A local doctor will also be sent out for palliative care training (this is a specialized medical care for people living with a serious illness such as cancer).Funding will allow for rotation of practicing doctors in the Oncology clinic to further impart oncology skills. Village health workers will be trained in the best ways of caring for cancer patients.

The list goes on. NUL has already received the funding. “We have already recruited social workers, Information Technology specialist, a driver, a counselor, and a nutritionist, all of whom are hired by the project,”the good Doctor said. 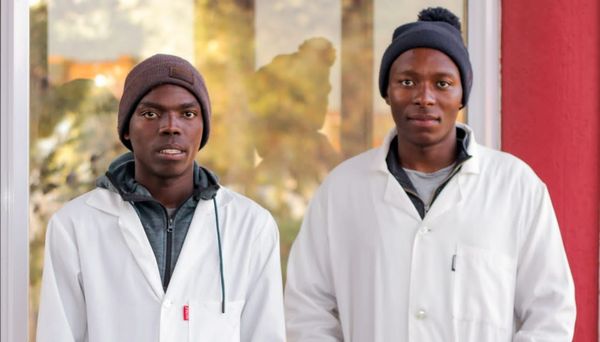 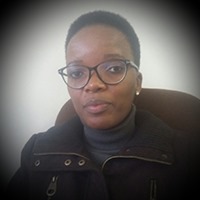