When Maluti Mountain Brewery (MMB) sets free its brewery waste, a number of trucks line to pick it up, mainly as food for pigs. “But there is a far healthier use,” said Khoabane Nkome, a student at the National University of Lesotho (NUL). “I am assessing its potential as a brilliant fertilizer,” but not for the reasons you are thinking about.

In this case, it is no longer how much nutrients you have, “it is more like, does your fertilizer have substances that enhance germination and improve roots growth?” he said.

“Sometimes it is not the question of how much nutrients are available in the soil, as it is the question of, do your plant roots have a capacity to reach those nutrients?”

After going to MMB which generously provided the brewery waste and after testing it on plants in the lab, he has this to say, “this fertilizer provides substances that enhance growth of roots and enhance rapid germination.”

One thing makes a huge difference, “the fertilizer is rich in vitamins!”

That’s right. Your average chemical laden fertilizer is about providing nutrients, nutrients, nutrients (and there is nothing wrong with that): nitrogen, phosphorus, potassium (they call it NPK) and calcium, magnesium and sulphur. Well, some even contain iron, manganese, zinc, copper, boron and even molybdenum in very small quantities.

So when your chemical laden fertilizer has these nutrients, you are just about fine. Again, there is nothing wrong with that. “Except that when you use a brewery waste, you are bringing a slightly different but significant dimension,” he says.

But let’s give the whole story a context first.

If you live in Lesotho, you live in a country that is in love with liquor. Whether it is your average traditional beer (mabele lumela) or a venerated “triple distilled” whisky, Basotho just don’t have a problem with the crispy, the old fashioned and the romantic (that’s how they describe alcohol).

Here is a proof. Lesotho is number 95 out of 191 countries in terms of the level of alcohol consumption, according to World Health Organization (WHO). An average Mosotho above the age of 15 consumes 6.5 litres of alcohol a year. Of course we are nowhere near Belarus, Moldova and Russia, but we are obviously giving it a good shot.

So it comes as no surprise then, that we produce a significant amount of brewery waste (moroko) as a result. “And we do it at a low price,” Nkome said. “That is the advantage of this product—low price.”

Being one of those exceptional guys who has a soft spot for agriculture, he has always been interested in organic farming. “For some odd reasons, such as the prevailing thinking that agriculture is a “backward” occupation, many young people frown at agriculture,” he said. “I decided to be different”

However, he describes his interest in agriculture as being odd too. Most agric-enthusiasts like the act of growing the plants, the act of doing it— which is good. But he takes a different flavour, “I am on the academic lane of things, I like to research about agriculture. I am always asking myself, how can we make it better?”

So this background check is enough to give you an idea of why he descended on the MMB one day—to investigate their brewery waste’s potential in agriculture.

He said “one of the most important vitamins is vitamn B. It comes in many forms and each one of those forms will behave in a complex manner with results that are favourable to plants.”

“Specifically, I was interested on the effect of the brewery waste on germination and root-shoot ratio,” he said. “Healthy plants germinate faster and have a smaller root-shoot ratio.”

That is, the roots become relatively long compared to the shoots. Long roots have a large surface area. Therefore they are able to “search” for more nutrients in greater distances.

“In my experiments, I could show that the use of organic brewery waste fertilizer enhances the root-shoot ratio and improve plant germination compared to the soil without the fertilizer. Although I am still carrying further studies, I am convinced that we can turn our attention to this form of fertilizer in some cases of horticulture,” he concluded. 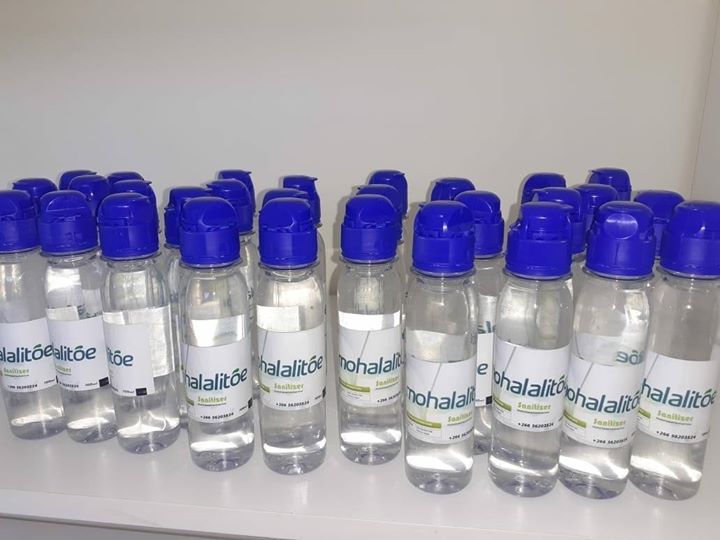 THERE MAY BE HARMFULL AIR PARTICLES OVER ROMA, SAYS NUL SCIENTIST