It takes courage, and it borders bravery, for one to turn his back on Computer Science and move into Agriculture to create one of the biggest farms the country has ever seen! That’s what Mr Hoaba Nkunyane, the National University of Lesotho (NUL) trained Computer Programmer did.

The farm has grown from 8 hacters to a mammoth 58 hactares, 73 times the size of a football pitch! “We grow cabbages, tomatoes, green peppers, potatoes, lettuce, and wheat and maize and beans,’ he said. The farm has 8 permanent staff and 27 temporary staff.

“We can’t say we are there but the future is promising,” Nkunyane said.

Such rare adventures almost always result in steep learning curves, with a promise of exceptional rewards in the end. But where did it all start?

So when he graduated he worked for one IT company which further put fire in his love for programming. He was both a programmer and trainer there. He would later join Lesotho Revenue Authority (LRA) in the same field. “At the same period, I was also running my own software development company.”

At some point, and like most of us somewhere in life, he was struck by a Biblical “Road to Damascus Moment.”

He revealed, “The statistician in me encouraged me to examine the agricultural imports entering Lesotho every day.” So he hunted for the statistics! What he found was astounding! “For instance, I found that two million worth of cabbage enters the country every month in just one border gate!”

So by not producing a mere cabbage, we were losing a lot eh, he apparently thought. This Damascus Moment would take the better of him. No, not only him, but his mother-in-law and his wife.

After much family deliberations, he decided to quit his formal employment at the LRA and entered the then unknown and (as he would later find out), rocky territory of the agricultural landscape.

Virtually everyone will tell you about the almost unlimited and romanticized benefits of engaging in agriculture. After all, we all eat, don’t we? And to eat, we need our constant rations from the agricultural machine. What they won’t tell you, however, is that agriculture is not for the faint-hearted!

So at this point, switch off everything and listen even more carefully to Mr Nkunyane.

The moment he made the decision to quit and get fully into business, “ke ne ke sa tsebe hore ke ipitsetsa ts’oene ka mora thaba,” to quote him verbatim. Loosely translated, he meant he did not know he was “inviting sheer trouble.”

With enthusiasm, he bought 8 hactares of land at Ha-Mofoka, fenced it, and started growing potatoes and then … “we ran a big loss!” he said. That was the start of the first episode. And it didn’t look good.

They then grew cabbage en masse and to quote him, again verbatim, “it was a nightmare!”

Twice they had just hit a big wall! Now they had two big choices. They could either soldier on, or run away scared. They chose the first option. “The so-called crisis situations,” it is often said, “are moments when we can either progress, or regress.”

But true progress meant that they had to avoid, as Einstein once put it, “doing the same things, in the same ways, and expect a different result.”

So what would they change? “We learned two big lessons we want to share with farmers,” he said. “Know your soil and get enough supply of water.”

Sounds intuitive, doesn’t it? But that’s what most farmers get wrong.

So he was later to discover that the soil was not good, actually it was too acidic and had to be limed! Also, when they chose the place, they never took the need for water into account, a big mistake, he said.

It was time now to braze for episode two of the struggle—the struggle to get water. Liming the soil was a lightweight compared to the problem of getting water. Local villagers were now up in arms, many of them suspicious of their true intentions and worried that they would lose water to strangers in their area.

In that episode, Nkunyane learned the importance of never taking communities for granted, “Always consult them,” he advised. The area chiefs finally agreed and they got water.

But hold on! Their problems we not over. They enthusiastically purchased sprinklers for irrigation only to find that those things waste water like nothing on earth. They would later adopt water-saving drip irrigation system.

Needless to say, once more, that now the farm has grown from 8 hectares to a gigantic 58 hectares and it is getting there. What a journey!

Nkunyane has indeed learned this Edisonian lesson, “I have not failed. I just learned 999 different ways that won’t work,” said by Thomas Edison after failing 999 times on his way to producing batteries we all enjoy today. 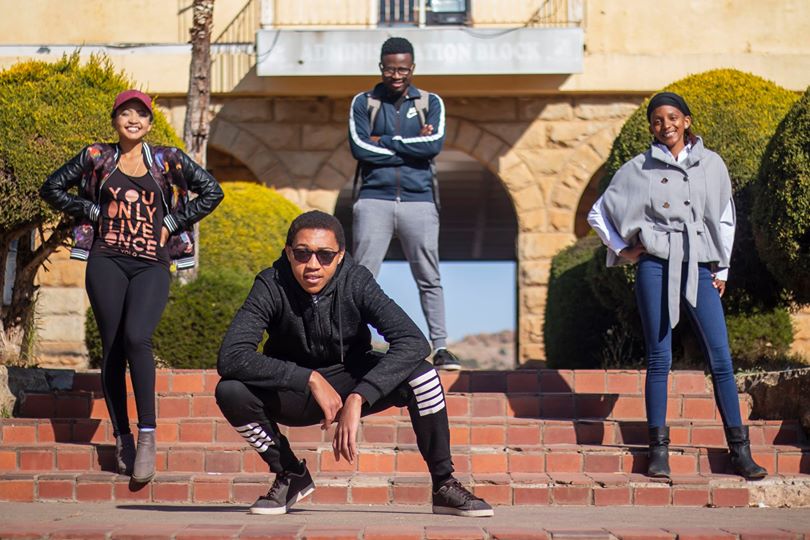 AN APP BY NUL GRADUATE MAKES IT TO AN INTERNATIONAL CONFERENCE IN TORONTO, CANADA

MUSIC GIANT OF THE NUL PRODUCES ANOTHER BLAZING ALBUM