His fabulous grass artefacts are for a variety of uses including wrapping gifts, home décor and many more. He is currently a Masters student at the National University of Lesotho (NUL) and a former student of NUL Chemical Technology – the occupations which have only fuelled his love for down-to-earth designs.He separates his products from the rest in the market with a touch of perfection. Whether he and his crew do the selection of raw material, the hand weaving or the painting with pigments of outstanding colours and hues, they always pour their hearts and souls into every piece of work. The result is the products that invite you to get a closer look, irresistably. They invite you, not only because they are an example of how to use nature without exhausting its appeal.They invite you also because they are a demonstration of a rare skill that is still possessed by a few craftsmen of the tiny Mountain Kingdom. In their work, you discover the secrets of a carefully woven grass and its time-tested ability to stand out. Lesenyeho identifies his key partners in the value chain as moseha collectors, weavers, retailers, gift businesses and bread deliveries. Basotho, he said, are known for using grass mainly for weaving grass hats. That is good but could we make some different things out of the same material?“Yes we can!” That is not Barack Obama repeating a campaign slogan but Lesenyeho introducing his marvellous work with grass. He calls his company Arundo Industries. As we speak, it employs four workers. It has also attached one student from the Lesotho Agricultural College. The student’s assignment is divine. “She is helping to find ways to ensure that we grow the grass we use, so that our business becomes sustainable even as we protect the environment.”Their experiments with the grass have taken Lesenyeho by surprise. Although the grass he uses grows better in the Mountains, they made a sample of what would happen if they were to grow it in the lowlands. “Goodness, it grew beyond our expectations,” he said. “Plans are underway to ensure that we give it another try, but on a larger scale this time.”Lesenyeho has always loved grass. Not long ago, he was best known for popularising reed baskets. However, he later found that reed was not as abundant as the present grass he is using. So, although he still deals with reed, he had to switch sides and explore new areas, especially after being introduced to the mysteries of grass-weaving by the Ministry of Tourism.After that encounter, he grew a special bond with the Mountain Broom Grass (scientists—those folks who, like lawyers, often chose big words to communicate, call it Merxmuellera macowanii or, as some complicate it further, Merxmuellera drakensbergensis). Its lengthy “scientific” name aside, “moseha” is an amazing plant. A student of sustainability, Lesenyeho is well aware that we can’t use grasses without re-growing them. In his view, it is not only about the benefit to the environment, it is also about the benefit to his business. No grass no business.That is why he is intent on making its cultivation a major component of his company’s plans. Basotho are best known, not for wearing blankets, but for using, let’s try it— Merxmuellera drakensbergensis—for making Basotho traditional cone-shaped hats. For many of them, the making of Basotho hats is not just a demonstration of skill, it is a means to put a bread on the table. But Lesenyeho wanted to do more. “I wanted to bring diversity in the use of this grass,” he said. So he enrolled in a weaving course by the Ministry of Tourism and he then hired his friends to get down to work. He assembled a highly gifted team with members boasting skills ranging from Chemical Technology, Actuarial Science, Business Management, Forestry and Grass Weaving.It would prove to be a winning team!Now he has big plans for the future, “we are going to build a four diameter workshop—in the form of “mokhoro”— in a business land Arundo already has, where all our products will be made.”Plans are underway to start production late August this year. Then he plans to increase the speed of production, “our aim is to hit all four corners of Africa, including places as far flung as Namibia, Zambia, Botswana and Zimbabwe.”If Cape to Cairo exits at all, “we will give it a try,” he said. 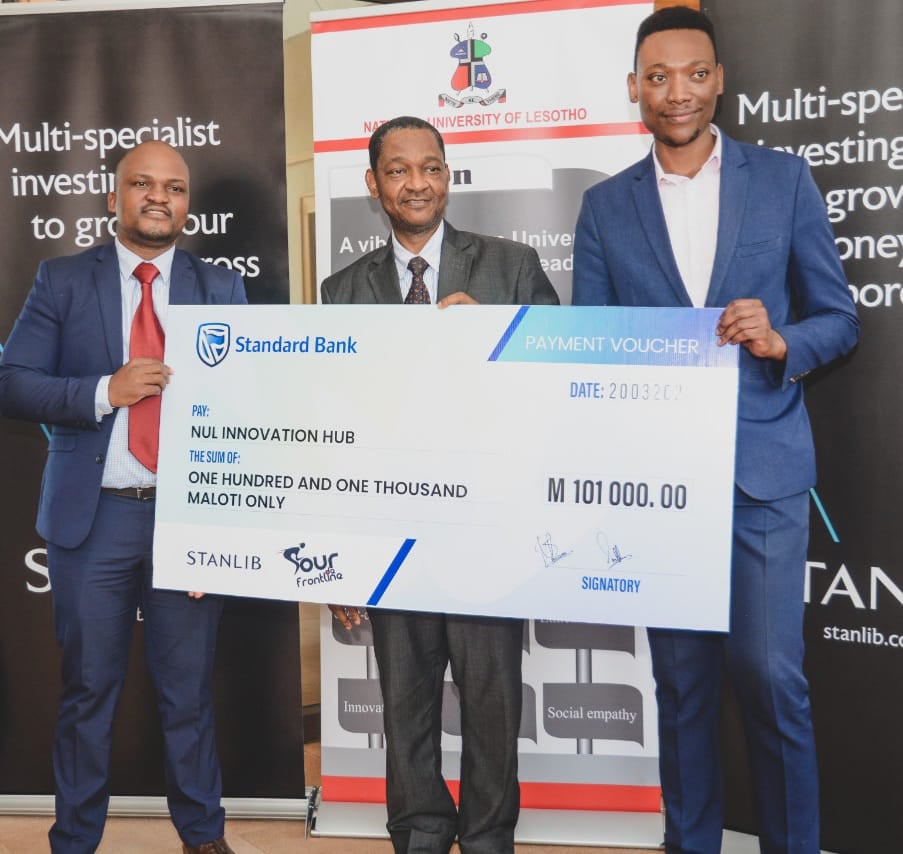 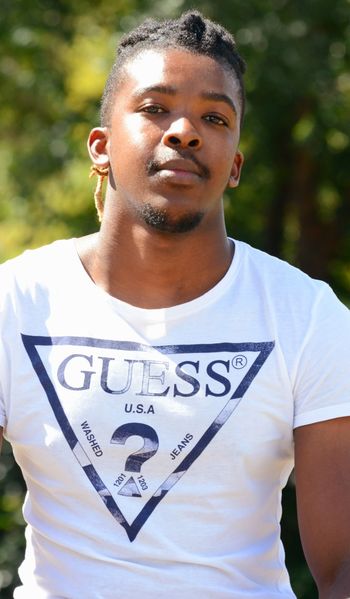 A SMART ONLINE TILL FOR STREET VENDORS BY NUL STUDENT 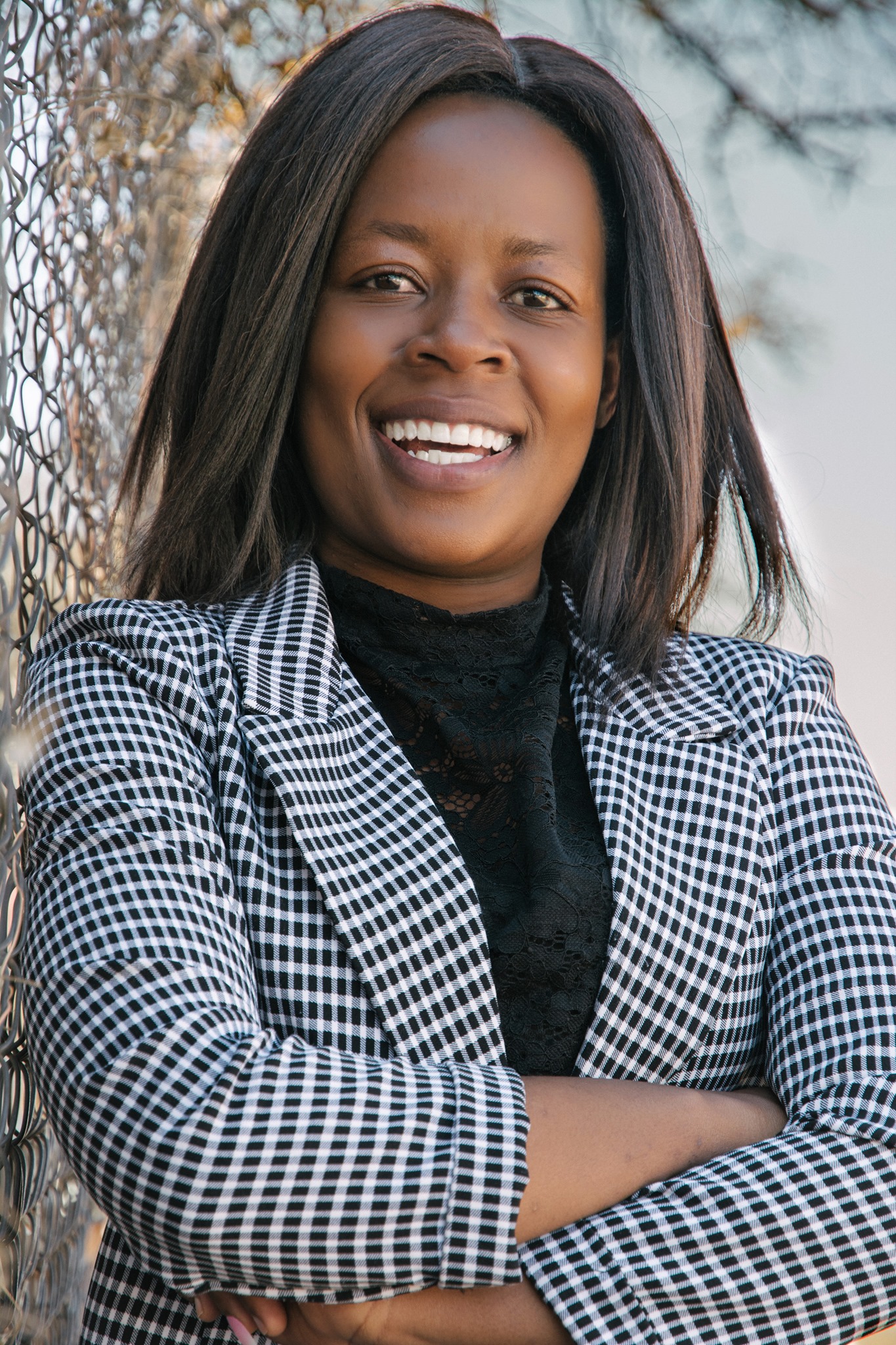 A CHAIN STORE THAT WILL SELL ONLY MADE-IN-LESOTHO PRODUCTS BY NUL INNOVATION HUB!